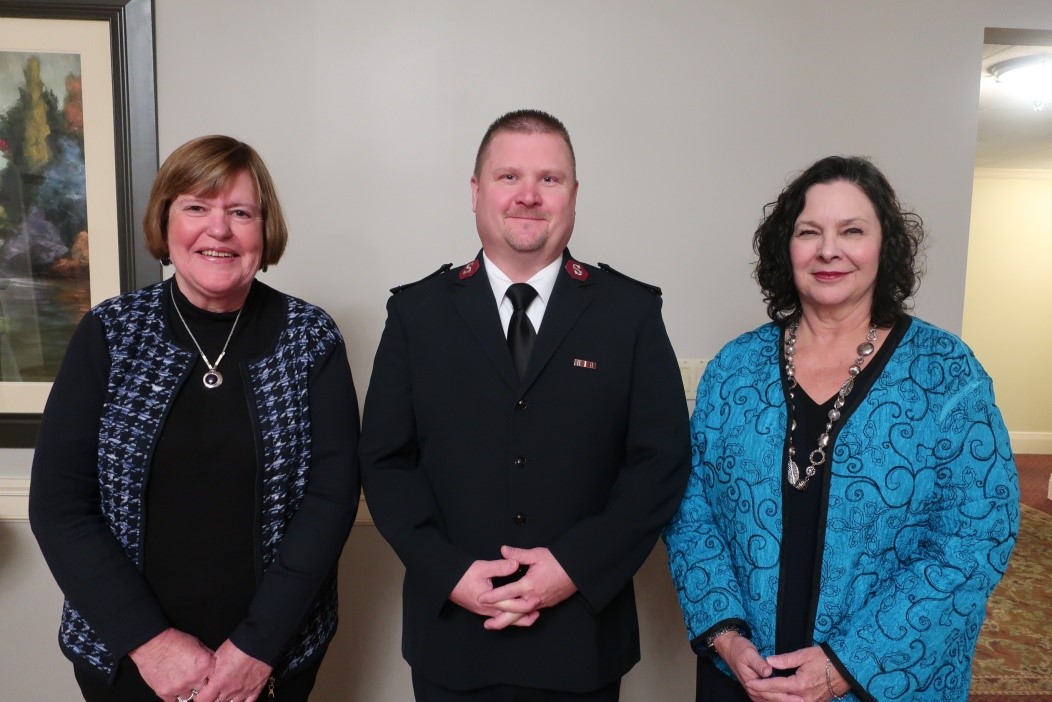 On November 13, 2018, the Life Trustees of The Piqua Community Foundation met for the 25th time. The meeting was held at the Piqua Country Club in conjunction with the annual fall grant distribution.

President Stacy P. Scott highlighted some of the milestones of the Foundation throughout the years, and Executive Director Karen Wendeln presented the history of the Foundation’s beginning. In addition, a total of $12,500 in anniversary grants were distributed to five community organizations selected by guests at the Foundation’s anniversary open-house in October. The groups each received a grant, with the grant size determined by the number of votes they received by Piqua residents attending the open house. Piqua Parents As Teachers won the most votes, with the Salvation Army Summer Feeding Program a close second.  The other organizations included Piqua Compassion Network, Friends of Mainstreet Piqua, and the Johnston Farm & Indian Agency’s “Sharing the Vision” project.

Retiring Foundation Board of Directors’ members, Daniel Ramer and Michael Yannucci, were honored for their many years of service to the group. Ramer served on the Board for fourteen years and Yannucci was a founding Board member, having served for 25 years. New Board members elected at the event were Bryant Fox and Stephanie Gunter.