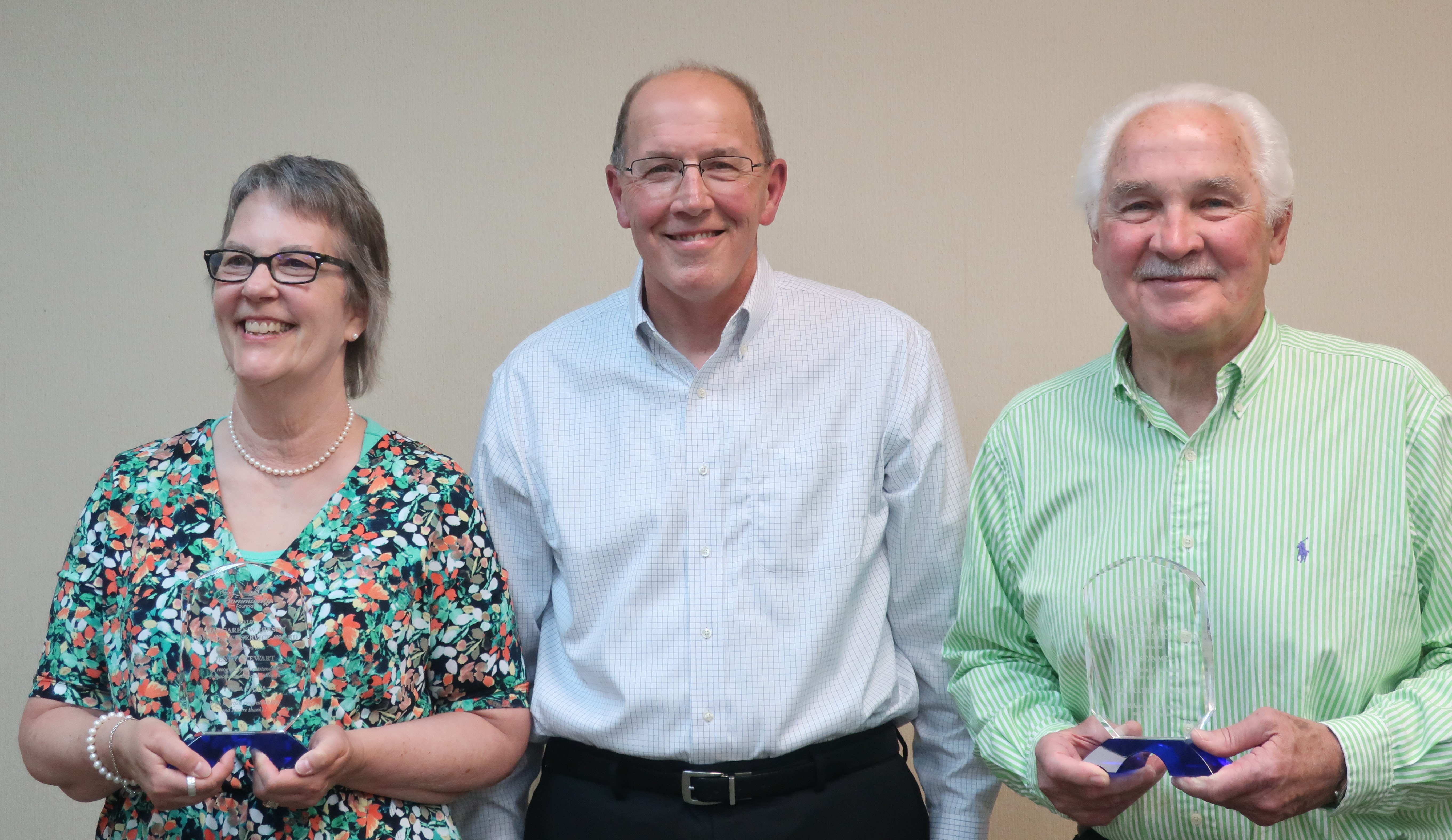 Two outstanding local volunteers were honored by The Piqua Community Foundation on Wednesday, May 8, 2019. The Margaret W. Hinsch and Scott J. Hinsch Community Service awards were conferred at the YWCA Piqua as part of the Community Foundation’s spring grant presentation.

These awards differ from other recognition programs because the honorees are selected based on activities done on behalf of one organization during one specific calendar year, in this case 2018. In addition the non-profit groups whose nominees were selected were each awarded a $1000 unrestricted grant from the Hinsch Family Fund of The Piqua Community Foundation, in recognition of that outstanding volunteer.

The Margaret W. Hinsch Award was presented to Jenny Stewart from the Y.W.C.A. Piqua.  Jenny was the original “Safe Sitter” trained instructor in the fall of 2017. She devoted countless hours for the training and additional time spent preparing to teach the three-week class to youth 11 to 13 years old. Jenny’s work on the class helped many young people learn to be safe babysitters for younger children. Because of her enthusiasm for this program, a new “Safe@Home” class was introduced in 2019 to prepare students in grades 4 through 6 to feel safe when they are home alone. Jenny encouraged several others to be part of these two programs – she has now been a mentor to the participants AND to others who will be teaching future classes.

The Scott J. Hinsch Award was presented to Jim Stammen for his work with the Piqua Catholic School IT department. Jim began volunteering part-time in the fall of 2017, but since early 2018 this has become almost a full-time commitment on Jim’s part. He spends countless hours at both campuses of Piqua Catholic, working with staff members and students, checking on their needs and troubleshooting. Jim’s countless hours of volunteer work have saved Piqua Catholic thousands of dollars that were once spent on a paid contractual basis. The school may now spend those dollars to update equipment and software that will keep their students abreast of ever-changing technology.

The 2020 application for the awards can be found here: Application and instructions 2020. Nomination deadline is March 1, 2020.