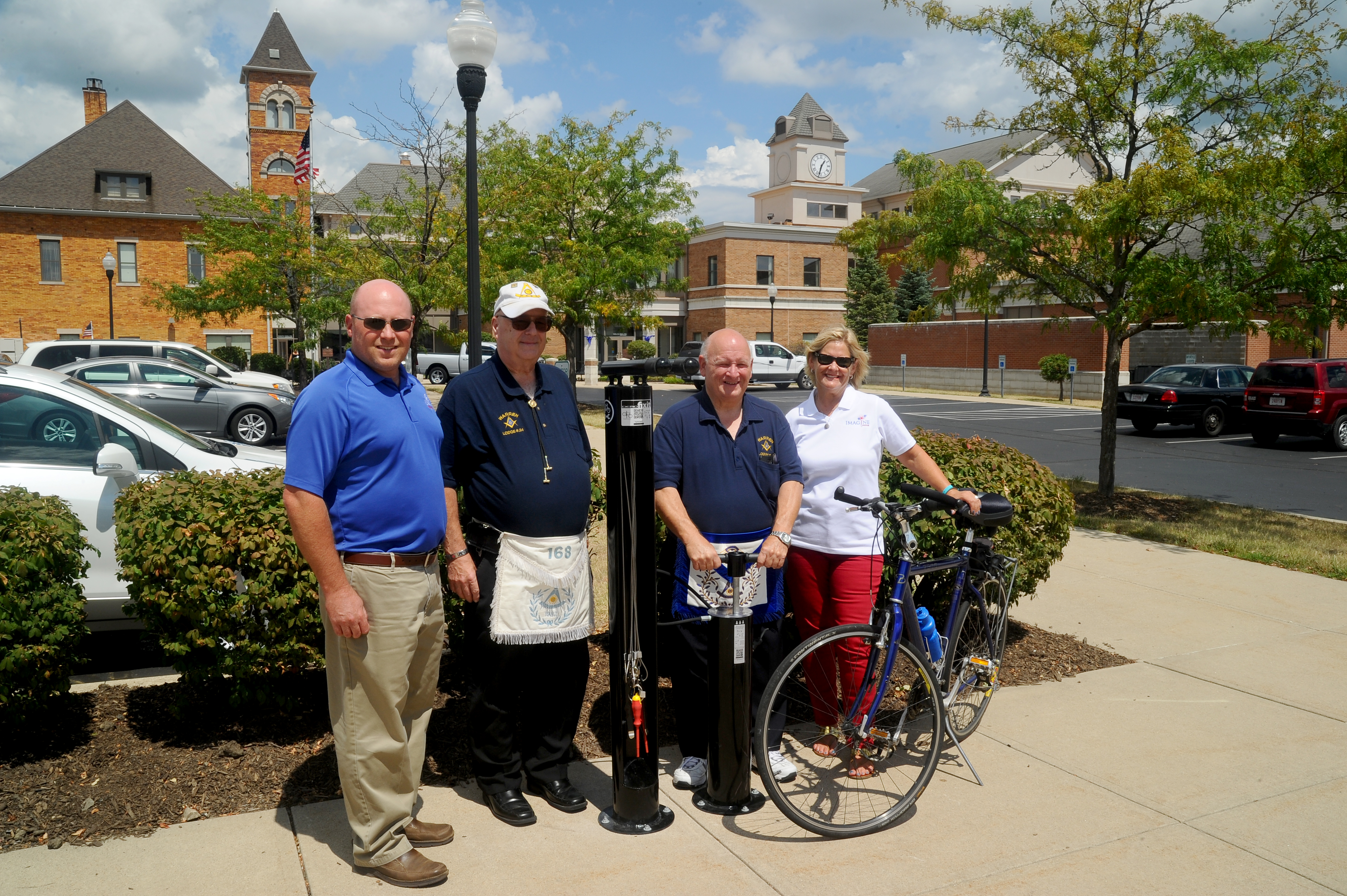 Grants recently made by The Piqua Community Foundation have provided numerous helpful items that can be spotted around the community.

Seventeen tents were purchase by Mainstreet Piqua with funds from a Foundation grant made in May 2016. The tents have already been used both for daytime events – such as the Awesome Piqua Food Truck Rally

– and nighttime during “Down the River, Down a Beer.” The tents are industrial quality and should be functional for many years of great community activities in downtown Piqua.

A Bicycle Fix-it Station, recently installed on the Piqua Bike Path near the police station and city building, was also purchase with a Foundation grant. Warren Lodge #24 Free and Accepted Masons applied for the funds, in order to purchase the Fix-It Station which was given to the city. The station consists of a repair rack, a manual air pump and tools which are cabled to the station in order to keep them with the unit.

Students at Springcreek Elementary School have a unique opportunity to move while learning, using Hokki stools provided by a 2016 Foundation grant. Since young children’s body systems are immature, they are often stressed when forced to sit still.

The thirty Hokki stools allow for students’ optimum attention and concentration, while addressing the children’s need to move.